This is Curtis Anvilcrusher, bringing ye an update on the warfront between the Horde an' Alliance.

At 6 bells on the 12th of the 9th month, the Alliance planned teh rally at Astranaar teh push against the Horde tha' keep pouring into Ashenvale from the Barrens. Somehow, the Horde caught wind of this plan, an' attacked the Alliance early when we didn't expect it. The Alliance regrouped an' were able to push the horde all the way back teh crossroads, even killin' the famed Segra Darkhorn! As the Alliance lost steam, we were pushed back teh Astranaar where all looked grim, until we received reinforcements an' were able teh push the Horde back teh Crossroads! During the last push, the Alliance occupied the Crossroads' Inn an' Tower, before it was time teh withdraw an' plan future attacks against the Horde.

After the fight, I got a word with Gonebald an' was able teh ask him how he thought the fight went, and what is in store for the Alliance's future.

"Wow! Me head hurts from all that battlin'! A great number of Alliance showed up and we were met with a great Horde force. A great tug o' war ensued and both Astranaar and Crossroads took heavy losses. I'm proud of the Alliance! The Horde ambushed us early. Who would of thought? But us Alliance got our act together to drive them back soon enough. In the future we should probably keep better secrets. The future looks bright for the Alliance but there are problems all around Azeroth. Next time maybe we head to Southshore!" 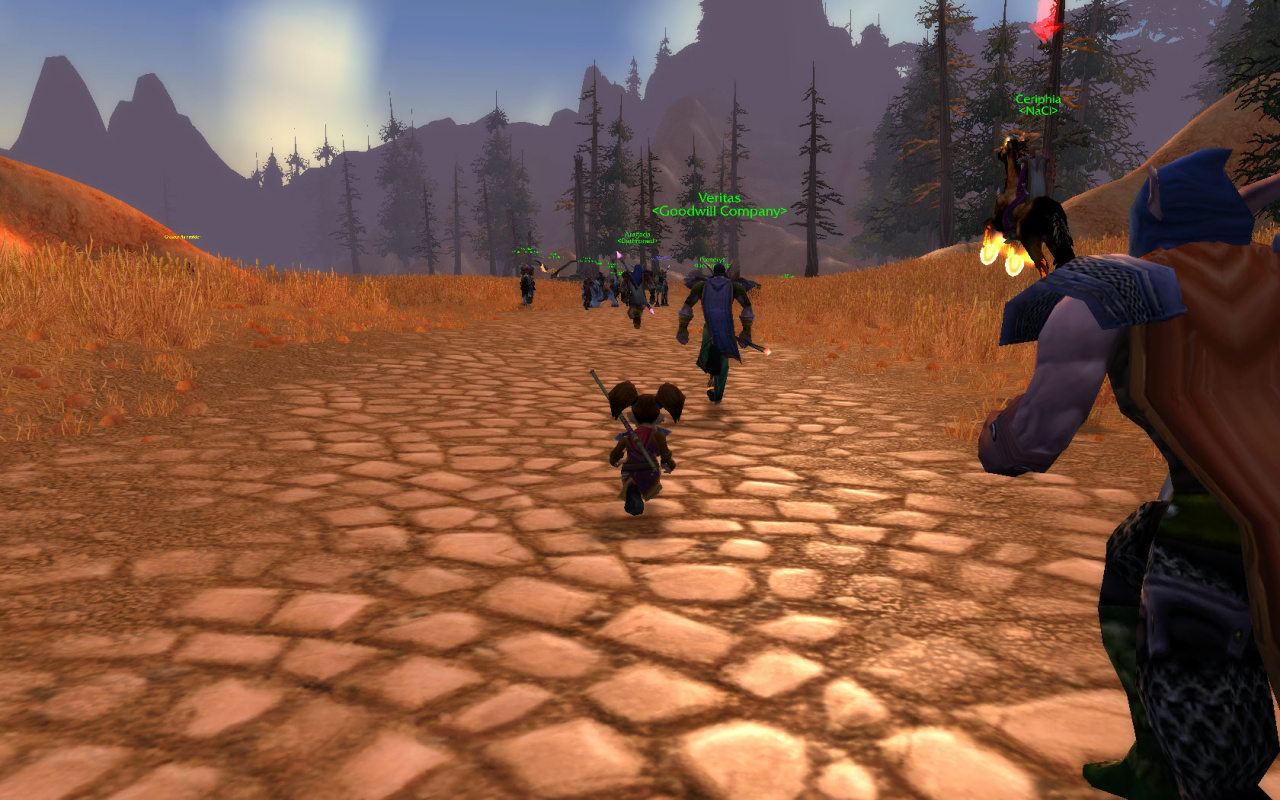 The Alliance's first charge into the Barrens. Taken by Jordana Flint 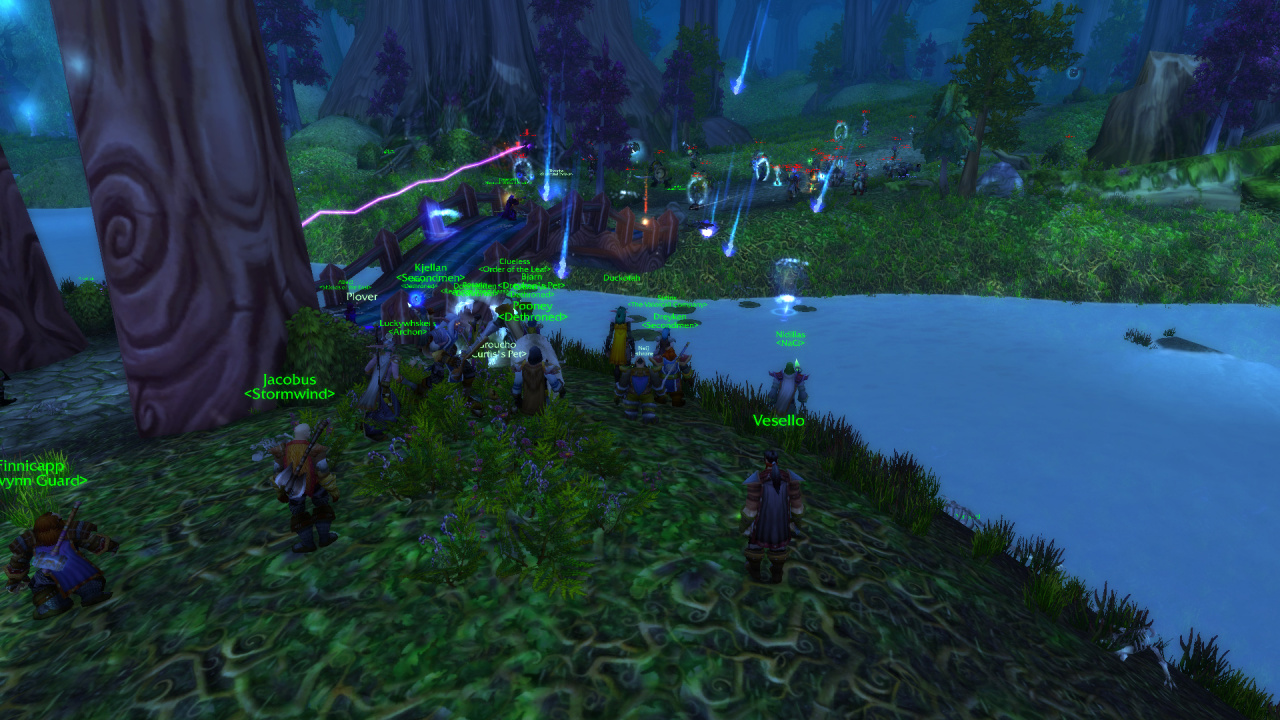 The Horde's second attack on Astranaar

The Alliance's occupation of the Horde's tower 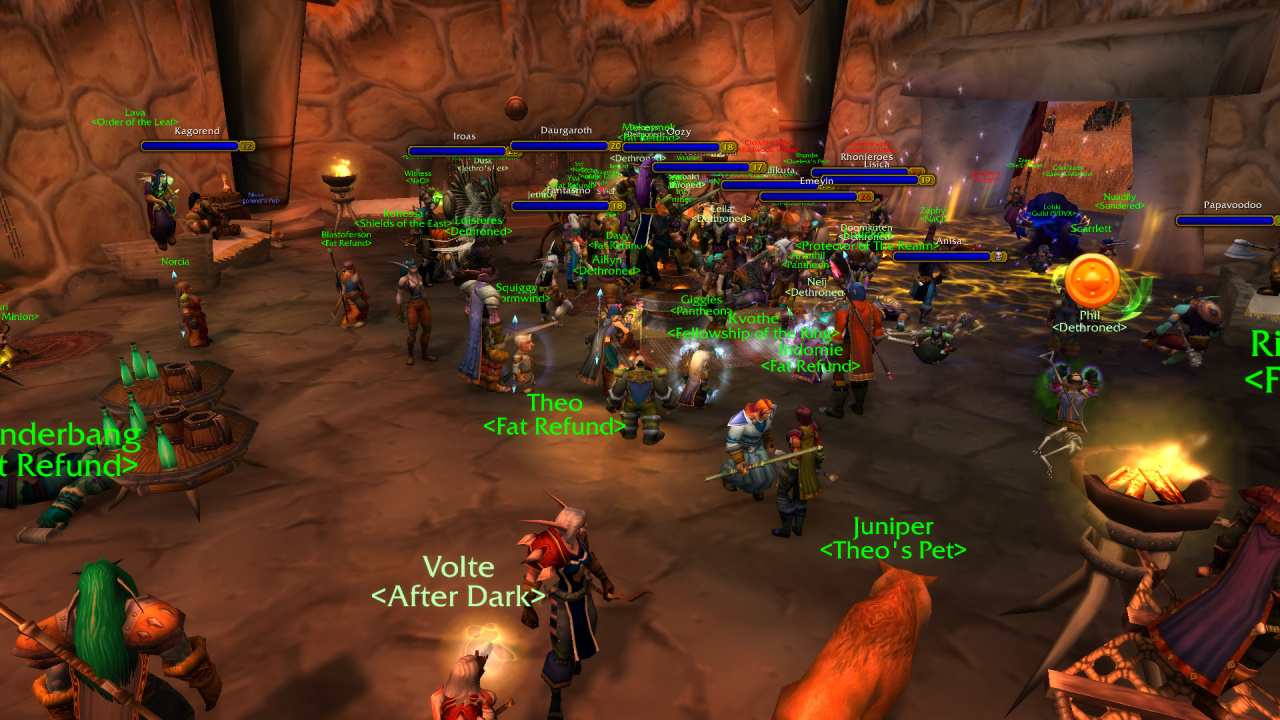 The Alliance's occupation of the Crossroad's Inn