Patrons of Stormwind’s Golden Tree Tavern were interrupted from their revelries last Thursday when a fel-user assaulted the gathering. Using a presumably hired assassin as a decoy, the warlock, identified as one “Niktar,“ attacked patrons and the building alike, causing mild property damage. The former Obsidian Sun member, and his accomplice, were thankfully both subdued without any harm to patrons by the Golden Tree’s hired mercenary guards. The unnamed and as of yet unidentified accomplice was killed in the struggle, but Niktar was safely apprehended and transported to holding cells for healing. There were reports of several mercenaries being wounded in the fighting, but all are expected to make full recoveries.

Unfortunately, only days after being apprehended and en-route to the Stormwind Guard, Niktar managed to escape and flee from custody. Smoldering remains were found in the back-streets of Old Town, and witnesses report that the Warlock lashed out with fel-powers once more in order to overwhelm his escort, fleeing in the direction of the city sewers.

Quoted one bystander who has asked to remain anonymous,
“We saw him kill two of them before they even turned around. I’m amazed anyone got away, but he looked like he was just trying to run, not fight.” 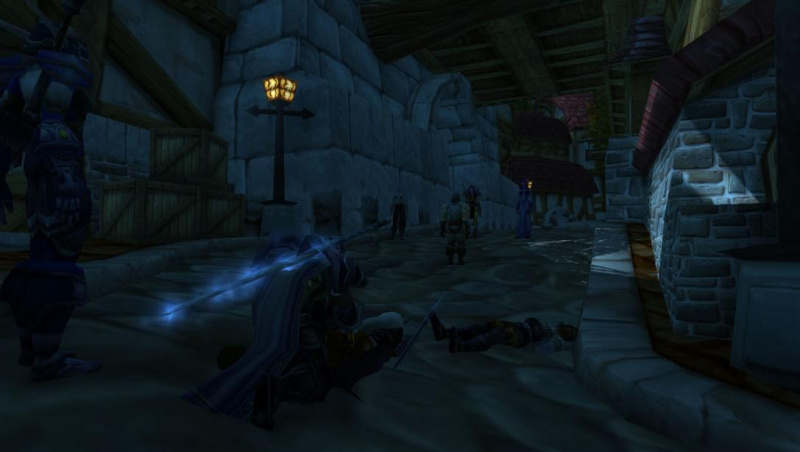 (Pictured above, the Justicars at the scene of the crime.)

The newly appointed Justicars, a branch created by Councilor Rhien to combat the fel-presence in Stormwind, was on the scene quickly to track the rogue warlock and investigate magics used. Justicar Bigsby declined interview, but it is believed that Niktar was last seen in the vicinity of Ironforge. Citizens of the Alliance are warned to be on the lookout for this murderer, and to report any warlock or fel sightings to the Guard at once.