War rages across the land, but that does not mean even the most valiant of soldiers cannot enjoy a moment’s respite. Under a white flag either faction assembled, much to the enjoyment of the Steamwheedle Cartel. Booty Bay was the site of the showing, where all manner of talented musician congregated in solidarity. Rooftop stages buckled and swayed beneath the weight of partygoers as street vendors beckoned from crowded dockside below. A sight to behold was the sheer magnitude of revelers gathered; they crowded the docks and roofs, lined rickety bridges and walkways, and even perched high above the city on mast and rigging. 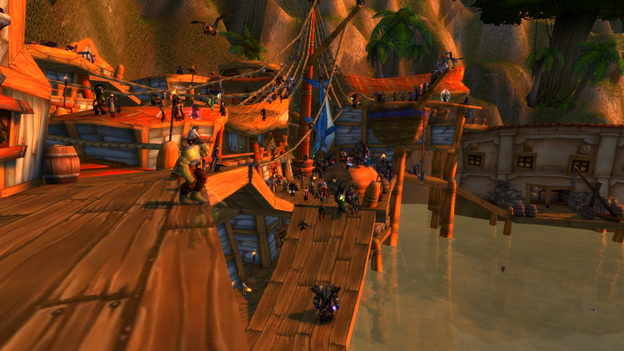 From the crew of the Hurricane to the Redwood Tribes, unlikely musical acts took to their stages to sing the songs of their countrymen in honor. Hours on end, the shantytown clamored with excitement. The swim-up bar of the Traveling Tavern surely made a pretty penny as exhausted revelers took to the waters for a break from the jungle heat. 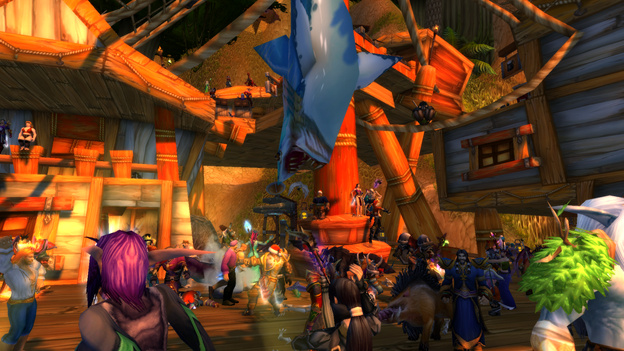 A night of mirth and excitement was long overdue for the war weary soldiers of Alliance and Horde alike, though how long will this armistice last? Even as stupors are slept off and heads pound, the drums of war begin to thunder once again.